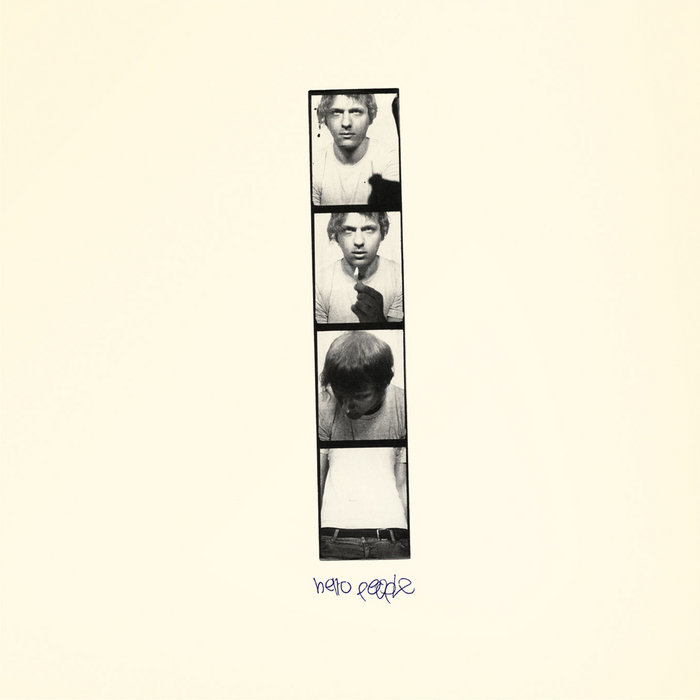 Camryn Marquez Modernity brings many blessings, but one of its principle endowments is an increased demarcation between people and an increased perception of the scope of the world. With this comes a dangerous level of detachment from the frequent loss of life that people bear witness to while huddled around a screen. Diaries like "Hello People" should remind us that though they appear as images, they are people: microcosms worthy of sentiment and a moment of pause in recognition that a world has transcended us Favorite track: Waving Goodbye From a Tree.

liam-i R.I.P Chris Reimer, i'll always be grateful for all the beautiful music you left us with.

Moonlander I did not expect this collection of Chris' tracks to be as Ambient as it turned out to be, but it is a very pleasent surprise. This album sounds incredibly warm and inviting and I am so glad that it exists, since I've always been hoping for more of Chris' solo work to be released. My prayers were answered. Highly recommended! Favorite track: Arpeg.

Chris Reimer was an adventurous and curious musician and composer whose talent was buttressed by generosity, compassion, empathy, gentleness and modesty. Reimer picked up the guitar at the age of eight and drums at the age of twelve. While in high school he formed a band with his closest friends, a group that would later evolve into the critically acclaimed Women. Women released two vital albums under Calgary’s boutique Flemish Eye label, self-titled (2008) and Public Strain (2010). After the dissolution of the band at the end of a tumultuous tour in October 2010, Reimer would go on to join San Francisco based act The Dodos as a touring guitarist.
Throughout his time collaborating with other musicians, Reimer was also a solitary creator with a passion for ambient, noise, and drone sounds. He would spend countless hours spinning together listless guitar notes, subtle waves of washing sounds, or loops of glitches and distortion. Reimer also had an excitement for electronics and their manipulation of sound, frequently constructing his own effects pedals and synthesizer circuits. Noise making was his driving force and he longed to eventually compile a full album from his plethora of material.
Chris Reimer passed away unexpectedly and peacefully in his sleep at his home on the morning of February 21, 2012 of a possible heart condition. His close friends and family, knowing of his desire to release his ambient work as well as the perfectionism which had prevented him from doing so in his lifetime, began to listen to his extensive archive of solo works.
Over the past five years, Reimer’s family and close friends have been filtering through his extensive catalogue of recorded work spanning nearly a decade and are thrilled to finally present this double LP collection to the public. 'Hello People' is a sometimes confrontational, at others warm and intimate, and always deeply personal document from a multi-faceted artist, compiled from a huge range of recordings spanning lush four-track projects to raw phone memos. Veering from ambient guitar-pedal soundscapes, to delicate acoustic melody and all the way to drone noise experimentation, 'Hello People' takes the listener through an experience of composition and creation from the mind of a deeply talented spirit whose vision was cut short all too soon.

All performance, composition, and recording by Chris Reimer - except for "Hongdi", recorded by Chad VanGaalen with percussion performed by Eric Hamelin. Produced by The Chris Reimer Legacy Fund Society christopherjohnjosephreimer.com

Chris Reimer (1986-2012) was an outstanding musician - guitarist for Calgary band Women, touring guitarist for San Francisco band The Dodos, as well as playing many instruments for countless Calgary acts over the years. He also amassed a massive collection of solo music which those close to him are arranging to release with the intention to raise scholarship money for children in music and dance. ... more

Bandcamp Daily  your guide to the world of Bandcamp